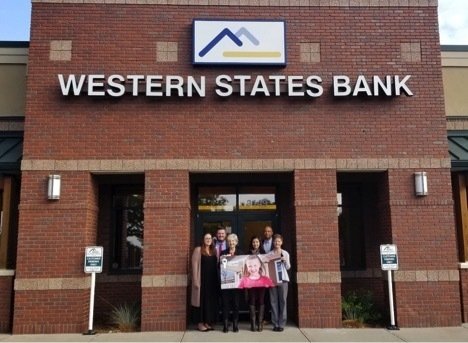 Since 2013, Western States Bank has continued their support of Loveland Habitat by being the platinum sponsor of the Builder’s Ball in 2018 and 2019. Billy says that he likes to be able to bring clients to the Builder’s Ball event and share Habitat’s mission with them as well. In 2018, Billy attended the Builder’s Ball and was inspired to join our Homeowner Selection Committee. His job on the committee is to conduct financial reviews of the homeowner applicants to see if they qualify. He says that the applicants are joyous when he makes the call and says that they passed their financial review and are moving on to the next step of the process. Another special part of his role, Billy says, is coaching applicants who did not pass about how to improve their finances so that they can qualify and reapply to be a Habitat homeowner. Being on the Homeowner Selection Committee is special because he gets to be involved at the start of the Habitat Homeowners journey.

We are so thankful to Western States Bank and Billy Galbreath’s support of Loveland Habitat for Humanity. Every donation helps us build more homes in Loveland!